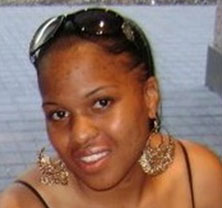 When Shyanne started mentoring in 2008, there were teachers that
thought it was a ‘mistake’. They were referring to issues around her
attendance, poor grades, negative associations, and an alleged ‘bad
attitude’.

As a Mentor she proved to be highly respected by the students, vital
in conflict mediation, and extremely reliable. In this role she was
voted by her peers as a Mentor Among Mentors for three consecutive
years, the ultimate compliment.

Shyanne’s sense of purpose in helping youth and the personal
success she experienced led to the field of social work. She is now in
her second year at Humber College with a full scholarship that came
with support from a mentor who has already achieved her next goal
of a Masters degree in social work. Those who doubted her now celebrate her success, and she is spoken of by youth she has mentored as a role model. In March of 2011, she was mentioned in the Toronto Star as someone to watch in Jane and Finch.

Shyanne is now working in the SBL Youth Space at Westview Centennial doing her social work placement. This success story, though amazing, is by no means finished.