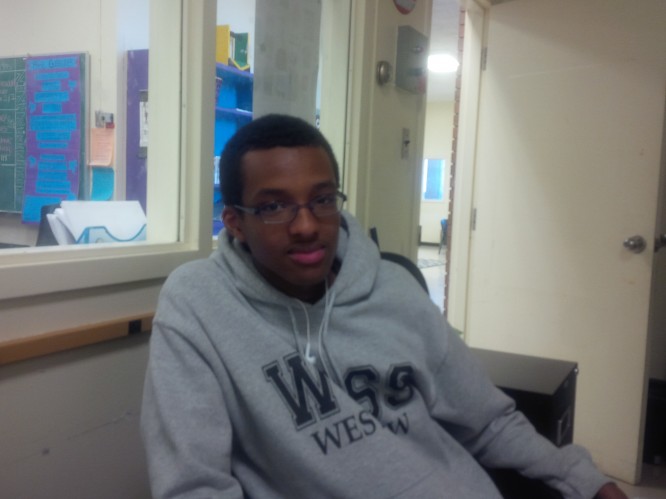 SBL participant and Westview student Mohamed Ibrahim recently sat down with Chris Penrose to talk about his experiences as a youth member on the TIFF Next Wave committee. Here’s what he had to say:

How did you get involved with TIFF?

Well, Tesfai (from Success Beyond Limits) announced information about TIFF Next Wave, and it sounded really interesting to me. I haven’t had very much exposure to films or the film industry, so I thought this might be a great opportunity to venture into this new world.

What is your role?

I work with other teenagers between the ages of 14-18 primarily.  We work with a lot of TIFF staff including programmers and Communications, Marketing and Guest services.  We work together and discuss films and program ideas at TIFF that would be of interest to our peers, the next generation of film lovers.

To someone who doesn’t know a lot about TIFF, how would you describe it?

TIFF Bell Lightbox is not your average movie theatre. The Toronto International Film Festival is not just a once in a year occasion. As a year-round organization, TIFF invests itself in connecting people to amazing film experiences of all kinds! This includes a wide range of films that people in North America would not get to usually see.

Why do you think youth from different part of the city should be involved in TIFF?

Honestly, in my opinion, TIFF Bell Lightbox is not like any other movie theatre in the city. They expose movie lovers to different types of films from all over the world- it’s a new movie going experience! You are exposed to great films from other countries and that brings along a new cultural understanding though film. It will have an impact on a person’s view point of the world and that is something that youth rarely ever get.

How do you see this experience connecting to your future goals?

I have learned a lot from just being a part of TIFF Next Wave these past couple of months and it has allowed me to get a better understanding on how to help my own community. The outreach methods and the youth committee are possibly some aspects that I would like to create within my community to help the adults better understand youth and to learn what kids need to create a safer environment for everyone.

What are some TIFF related events that we should look out for in the next year?