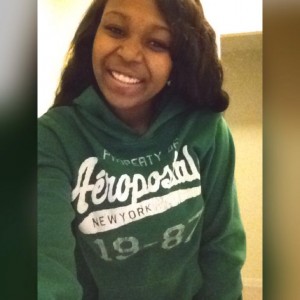 Presila Mason is a young African Canadian woman with lots of ambition and the will to do better. She grew up in the Jane – Finch community and knows how the negative stereo types of the community can be internalized by youth usually leading to a self-fulfilling prophecy. Presila remembers what she was like prior to her interaction with SBL of which she believed that she had to be rowdy and loud. However, today Presila is proud to say that she has matured tremendously from a person who had a don’t care attitude, to a young woman who wants to be a dedicated mentor for the SBL organization with the intention of giving back to her community. Presila feels SBL is invaluable to the community as the organization promotes a friendly but impactful space, which helps Jane-Finch youth develop an interest to be mentors for their community. After admitting that being around SBL staff has made her eager to get involved and serve young people.

As Presila has visions of one day becoming a prestigious lawyer, she encourages her peers to be and do better with their current situation. Finally, Presila highlights how SBL has helped her become more approachable, open minded, and willing to learn something new, while stepping out of her comfort zone. SBL commends her independent attitude and wishes nothing but the best for her, GO Presila!