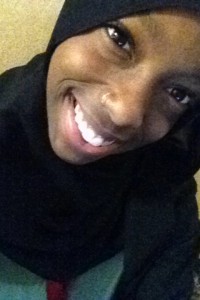 Princess is a former Westview student wrapping up her high school journey by upgrading her credits at night school. 2012 was the year Princess was introduced to Success Beyond Limits by a friend who had been a part of the family for quite some time. After claims of her personal struggles with attitude, Princess was empowered to explore aspects of her character that were both negative and positive. Through the organization, Princess was able to work closely with the staff who recognized her raw potential. When asked what she learned through the organization Princess asserted that she had a platform to express her social concerns for community as well as showcase her passion to explore the arts. Princess also revealed that through the mentorship of staff, she was able to come to a more balanced place with her love and respect for herself.

Overall, Princess appreciates the love the staff shows through the roles they play and how they’ve helped her overcome her own personal ignorance. As a young woman who played a key role as a mentor, Princess also acknowledges the evident work experiences gained just by being a part of the organization; transferable skills like public speaking, working with youth and coordinating events were just some of the skills that Princess garnered. As an aspiring Post-Secondary student Princess learnt through SBL that she would like to become an educator following the “Each One Teach One” model. Despite her past challenges Princess is trailblazing a path of leadership for young women to respect and follow which is a quality of hers that is invaluable to the organization. Go Princess!