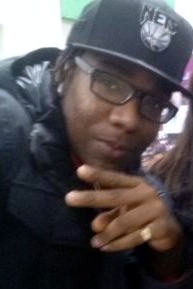 Dwayne Hydol (also known as Chev-roye) is a young man who has become a well-known face in the Success Beyond Limits youth space and is known for his positive attitude. Dwayne never fails to greet SBL staff in and out of the space and always sets a healthy atmosphere for the younger students to express themselves and grow through his rapidly improving interpersonal skills. Dwayne started out as a mentee in the Success Beyond Limits Summer program in 2008, and came to Westview Centennial S.S. two years later with the intention of improving on his negative interaction with peers and teachers, whom he deemed as “authoritative” and never having his best interests at heart.

Currently, Dwayne has been working towards fulfilling a mentorship role with Success Beyond Limits by teaching youth who have expressed an interest in culinary arts through our cooking program that happens during our after-school program. Dwayne’s intention is to use the experience that is gained with Success Beyond Limits to start his own catering business, which is one of the many aspirations that he has.  Dwayne frequently shares his dreams and goals with the Success Beyond Limits family who commends and value his growth as an African-Canadian young person. Success Beyond Limits is open and willing to support Dwayne through his struggles as well as his triumphs. Go Chev-roye!